Log In
All league and pickup games are now cancelled Fri, Sat, and Sun due to Hurricane Ian closure of school facilities. View your updated league schedule. 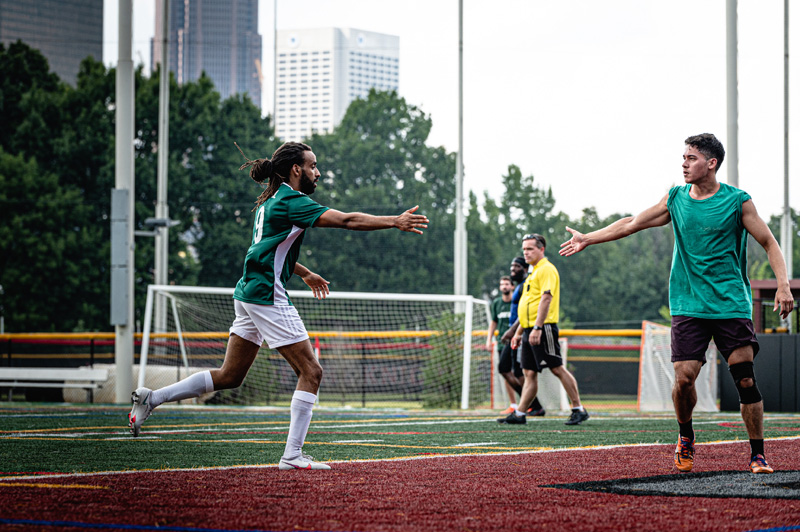 Our Code of Conduct isn't just something a lawyer told us to put up, it's the core of our club ethos. We take it very seriously (and ask that you do the same!) in order to preserve all the good vibes at the field.

As part of our mission to make soccer accessible for the entire community by fostering a shared passion for the sport, SOPFC seeks to promote competition and athleticism through sportsmanship and fair play. All of our activities offered should be played with good sportsmanship at all times.

Although competition may become intense, we expect our participants to be competitive while practicing good sportsmanship. Sports are filled with competition, interpretations, and judgment calls, and as a result, disputes between players and/or officials may occur from time to time. However, it is imperative that participants respect and handle all disputes that may occur in a civilized manner.

"As a participant in any SOPFC league, pickup, tournament, or event, I pledge to be responsible for my words and actions and shall abide by the following Code of Conduct:

Any disputes or issues you may have with a rule, player, team, or staff member should be brought immediately to the attention of the SOPFC office via email to info@sonsofpitchesfc.com.

To complete the process, remove the app from your Facebook settings.

Feel free to try again or contact us for assitance.

*NOTE: In order to keep your site and player info safe, Admin and Staff accounts cannot be linked to Facebook.

COPY
The link has been copied to your clipboard